I'm coming to visit Wayside for the first time and was wondering if anybody could please share any potential threats I might meet in my travels, and where I could find the laws of the lands.

Also, does anybody have any arcane armor I could rent?

I am sorry but I will not be at the next gathering or I would offer a spellcrafted arcane armor. However, with the new way magic is working spellcraft arcane armor cannot reach the same level of protection that it once did. It now can only withstand a forth circle evocation bolt (20) so be careful. 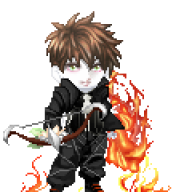 OOG: Jonathan Dackow/Chicago Logistics
Easy Battle Scroll Reps http://alliancescrollrepgenerator.azurewebsites.net/ ( this is not owned by me but it is sweet. Thanks jconvery)

It will be nice to see you again! We encounter a fair amount of undead these days. Otherwise you should be alright all things considered. Lifestorm is also able to assist with a spellcrafted arcane armor, though as Aramis stated it'd have to be less than I believe you're used to. Our formalist asks, due to the change in the winds of magic, for 4 gold beyond the components.

As for the laws,
The laws of Wayside apply to all citizens of the Kingdom, including any member of the fourteen protected races who maintains a permanent residence within the borders of Wayside. The protected races are (OOC I believe correctly modified for 2.0): Oathsworn, Biata, Dark Elves, Dryads, Dwarves, Elves, Selunari, High Orcs, High Ogres, Hoblings, Humans, Sylvanborn, Stone Elves, and Wylderkin. Enforcement of these laws falls under the purview of the nobility of Wayside, or of any officers the nobles appoint to keep the peace. Such officers may include local magistrates, sheriffs, justices, or the deputies of any such officers. An officer of the law may choose to hold a trial if he sees fit, but it is not required and not typically expected for crimes committed by commoners. Any charges made against a member of the nobility must be brought by a noble of at least equal rank, and a trial must be held by a noble of superior rank. Any commoner who believes a member of the nobility has committed a crime may request audience with a noble of equal or greater rank to said noble. The ranking official who holds jurisdiction over the area in which a violation occurs shall be responsible for conducting a trial if necessary, determining the sentence, and carrying out the punishment for any citizen accused of any of the following crimes:
Murder is intentionally causing the death of another citizen to the point of resurrection, with malice and premeditation. The penalty for murder is resurrection. For cases in which intent is not immediately evident, a suspect can be tried instead for involuntary or negligent homicide, which shall carry a penalty entirely at the discretion of the local magistrate or highestranking law enforcement official.
Assault is causing bodily harm to another citizen of Wayside. The severity of the punishment for assault shall be dependent on the severity of the offense.
Theft is the appropriation of any items or valuables which are the legal property of another citizen.
Treason is any action which is intended egregiously to harm the kingdom of Wayside, and/or to directly aid Wayside's enemies. The minimum penalty for treason is resurrection.
Sedition is any speech intended to incite people to acts of riot or rebellion against Wayside, any of its duchies, or any of the nobility of Wayside or its provinces. Necromancy is the use of any magic which calls upon Chaos as its source, including magics cast from memory or from magical items, or creation of potions imbued with the power of such magics.
Unsanctioned ritual magics:All necromantic rituals, or Earth/Chaos rituals cast with the necromantic aspect are strictly prohibited.
Any formalist wishing to cast a ritual must obtain prior approval from the appropriate Guild. Additionally, citizens are not permitted to use the Waystone network to enter the private property of another citizen, or property controlled by a member of the nobility, without consent of the Waystone’s owner.
Slavery is to force an individual to work against his or her will without compensation. It is unlawful to place a free person into slavery, or to exchange a member of the civilized races to another party for goods or services against the will of the victim.
Possession of Illegal Alchemical Substances of Greater Command, including Amnesia, Enslavement, and Euphoria, is against the law. Possession of such elixirs carries a minor penalty whereas using them maliciously against another person typically carries a much harsher penalty.
Disrespect to nobility: Offenses against the dignity of a member of the nobility, including insulting a noble, speaking disrespectfully to a noble, or otherwise conducting oneself in an uncouth manner in the presence of a noble, may incur a misdemeanor charge with a minor punishment at the discretion of the enforcing officer. More serious offenses, including perjury (lying to a noble in a way which obstructs their duties) and slander (speaking ill of a noble with the intent to cause harm to their reputation) may incur a more severe sentence, at the discretion of the enforcing officer.

I look forward to seeing you again,

Hooray for friendly faces! I'm sad you won't be there Aramis, but thank you for the information. A kind fella is renting a perfect fit suit to me for the weekend, so I should be safe. DeSylvia, thank you for sharing the laws! If for some reason the suit rental doesn't work out, I'll come see you. (Although, regardless of armor I'll come see you anyways cause it's been too long!)

I look forward to sharing meals and swapping stories with you all soon!