Chicago Staff
Marshal
Do not mistake my pain at the loss of an elder of my race for acceptance or approval of his actions! Nor should you think you alone fight against Terna's destruction. All manner of folk from Wayside, the Northlunds, and the Leaf Crowne have shattered their Spirits on behalf of your nation. I have stood The Wall holding back the hordes. I have fought with Wardancers tree by tree through the blasted capital rescuing and securing survivors. The University welcomed imperials from the first days and has kept its doors open this entire time to soothe their plight and horror. Do not presume to understand what I have witnessed or what I have lost! If we lift this veil of darkness from your lands, you and your people will have the opportunity to return and rebuild. Not all of us were so lucky in having our homelands spared.

Ah, but I have allowed my heart to distemper my words. Forgive me, Guildmaster, for any pain I have caused. You touched wretched sutures in this old elf's past - injuries I thought long scarred over. We will, of course, continue to answer Terna's call to arms and return the Empire to Balance. I look forward to seeing your children and grandchildren flourish and thrive in the green lands to come.

I apologize if I struck a nerve. The forge fires burn hot sometimes, I will strive to do better. Lady Falling Star sorry for disrupting the flow of information. 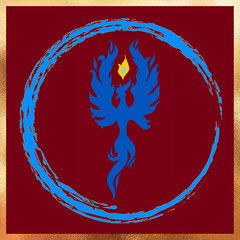 A noble house has not been lost or fallen, nor will it for some time.

A once great man fell to hubris, and in true Earth Scholar fashion his fall matched his rise and created as much death as he did life - as they must always find balance. However he has gone to far and requires an outside force to intervine, for the death he has created could be argued to vastly exceed the the life. The guiding force of Stars, the awakening of Dragons, Changing of Planes, shifts in magic and the creatures that bear life from it, the turning of seasons and passage of time...The House of Hook has surviving heir(s) - Victor's chapter is ending, but the Story of Hook is far from over. Forces have simply aligned to turn that wheel in due course, and it seems we are the instrument which will turn the page to the next chapter.

Greetings and Good Health to you, Lady Fallingstar,

I had the honour of being at your service in our most recent and sudden excursion to the far-off realm of Rathfall across the mists. Thank you for your kindness and guidance as we navigated foreign affairs.

I have only recently arrived to Wayside myself; from whence I came, I know not, but I trust that I am here under benevolent auspices. To that end, I have been doing what I can to bring relief to the common folk who first gave me shelter after I awoke. I understand that much of their suffering has been due to the rippling effects of chaos at work elsewhere, the pinnacle of which appears to be the blight and displacement of Terna. I have pledged myself to the rural families whom I now protect at the small Village of Rosemont Grove, and I understand that their wellbeing will always be compromised as long as undead flow from the fallen empire. Furthermore, I can only imagine what suffering the displaced peoples of Terna must be enduring, having been forced from their homes without recourse. My heart goes out to them, and I feel called to action.

Since arriving at this realization, I have begun aiding others as best I can to undo the evils that plague that part of the continent; most of this has been done at the side and behest of Master Firebrand, one of my first and most loyal friends. Here are some of the plans, shards of information, and resources I can contribute to the effort:
These are lofty goals, I know, but slowly but surely, my friends and I have been piecing together the puzzle into actualization. It is my hope that the diligence of simple folk such as me will bear fruit in time. Please let me know if I can be of any assistance beyond what I have described above. You have my thanks for your most esteemed leadership in this challenge.

May Light and Earth be our deliverance and hope in these difficult times. 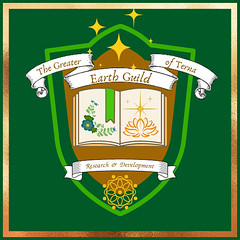 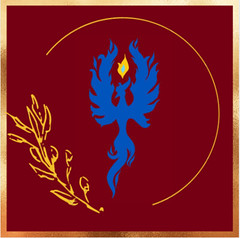 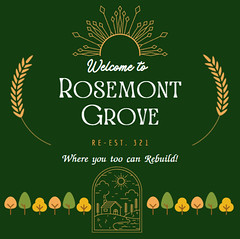 There is much concern for the refugees of the Ternian Empire. I have been tasked with the development of a Colony in Anret. Among the stated goals in it's development is to 'aid in diplomacy and providing a place for more of our lost population to go', the Ternians were specified in the mandate. That is if they want to relocate. I would appreciate any additional help in Anret with the Colony. Please send me a missive at your earliest convenience, and we can discuss this in further detail.

Lady Liddia FallingStar
Herald of Elder Black
Matron of the White Hand, Lady of Mushroom Hallow and Argo's Rest, Warden of Truth, Ambassador to the Ternian Empire, Onmyouji
Jovian Journeyman of the Solar's Guild
"I have loved the stars too much to be fearful of the night."
You must log in or register to reply here.
Share:
Facebook Twitter Reddit Pinterest Tumblr WhatsApp Email Share Link
Top