Big Stick! (My latest novel, with a Foglio cover)

My latest novel is now available -- with a cover by Phil Foglio!

In 1897, Beverly Haddad is well aware that her sex and race will keep her from investigating the deadly and mysterious lightning strikes that have plagued New York. She seeks help from Police Commissioner Teddy Roosevelt, and soon the two find themselves hunted by a vast conspiracy known as Gideon’s Trumpet which has access to amazing new scientific devices never before seen. With the help of Mark Twain and others, they launch an attack, aided by Teddy’s new massive lightning gun, which he lovingly calls BIG STICK. 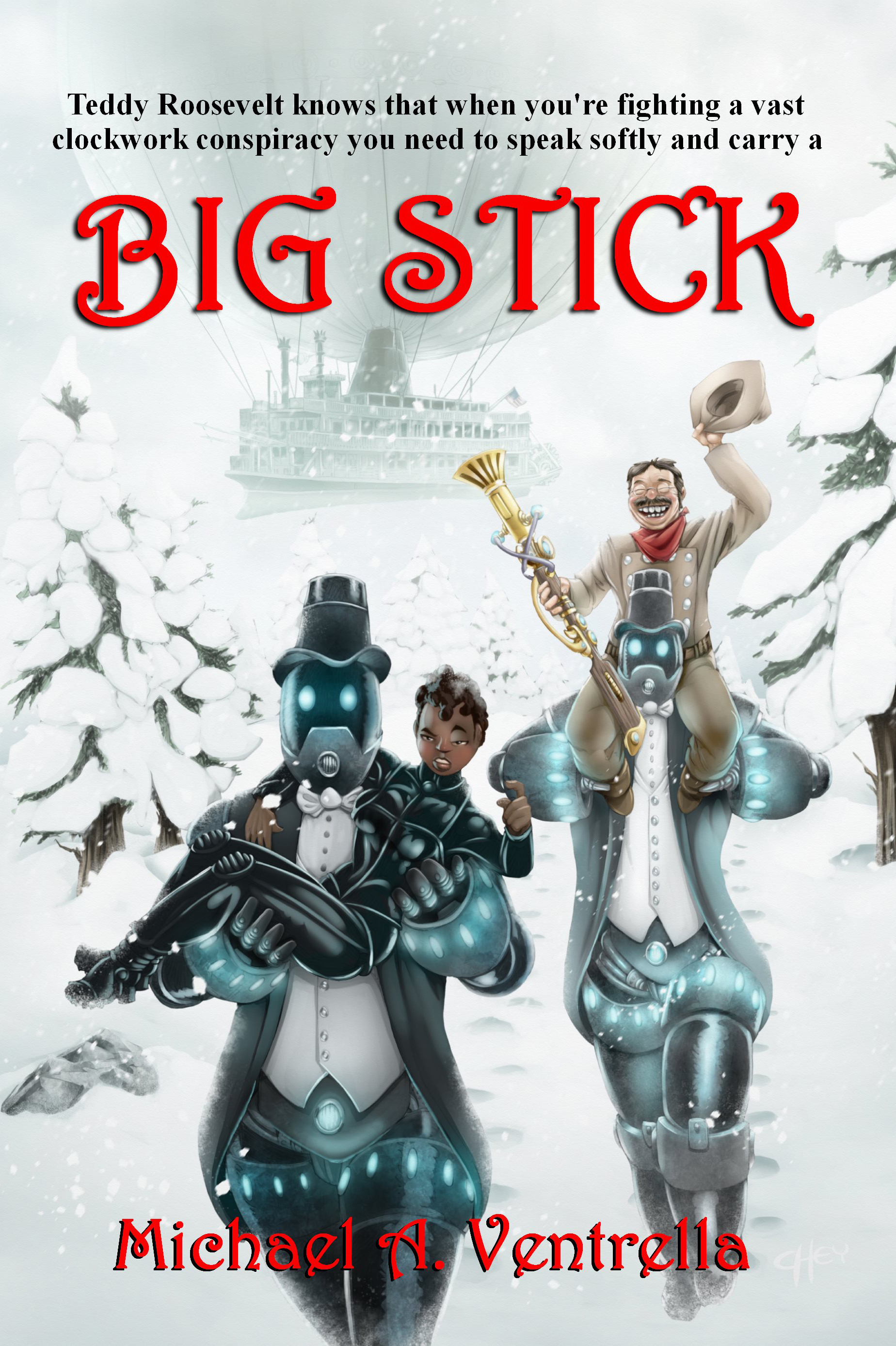 "Memorable characters, snappy dialogue and plenty of action and adventure. Big Stick has it all. One of the best books I’ve read in a long while!" — Gail Z. Martin, author of Vengeance: A Novel of Darkhurst

"Full of the best kind of steampunk adventure with one of the biggest personalities in American history. A great fun ride!" - Philippa Ballantine, co-author of the Ministry of Peculiar Occurrences series

"Big Stick doesn’t have everything. It has more than everything! A dynamic PoC secret agent! Teddy Roosevelt! Steampunk inventions! Real dirty politics in a fantastic might-have-been world! Rayguns! Airships! Assassinations! Teddy Roosevelt with a raygun! And a cover by Phil Foglio! What the heck are you doing looking at this stupid blurb? Buy this book and read it!" - Ryk Spoor, author of Grand Central Arena and Princess Holy Aura
Read my novels, taking place in the world of Alliance LARP!
www.MichaelAVentrella.com
You must log in or register to reply here.
Share:
Facebook Twitter Reddit Pinterest Tumblr WhatsApp Email Share Link
Top