While holding information like this close to the chest may seem advantageous, beware that it also eliminates collaboration and knowledge of others. You make an assumption that the group in the know is more knowledgeable and capable than any you leave out.

Additionally, you take all backup plans off the table. If we don't know what's going on, we can't possible know if things are not working properly (or not prepared properly) and cannot adjust without strict instructions, which can, by definition, not be timely.

This decision is obviously yours to make, but I believe it to be foolish.
Binar Blooddrinker
Sharku and Warlord of a Lost Tribe
Sage of the Eagle who watches both East and West
Saturnian Journeyman of the Solar Guild of Wayside
Acknowledged by some as Xanian Everstill

Public Relations Committee
It has been my reading of the situation hat certain details are still being worked out. It is not my intention to cut anyone out of the plan. There are many moving parts and spreading information before things are finalized would only cause confusion.

I have compiled what I could glean from the bits of details, plans, queries, and surmises here into a working document to help us organize our resources ((using my brand new CO: Social Worker! ^_^*)). This is by no means a definitive list of what we are doing or what we have to do, but hopefully it will help us understand the scope of what we are attempting, and help alleviate some pressure in preparations. Please add, adjust, and use it as is helpful!

A quaint cork board appears before you with little pieces of lilac colored plant-based parchment pinned to it. Goals and plans are scrawled on the paper bits, meant to be erased, rewritten, and moved around the board as needed. It's decorated with flowers, even where the words "Battle" are bolded in.
((Link: https://docs.google.com/spreadsheets/d/1x2-8g1jPCUX4RISmWMybjlgQQnESkDJjnQp5Vap0Nn4/edit?usp=sharing ))

Madrina Adlao: HM, LSW- She, Her, Hers 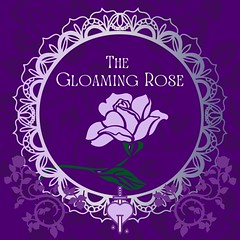 Chicago Staff
Marshal
I feel I am still somehow being opaque and it is not my intention or that I am not conveying my meaning accurately... What specific questions that still remain unanswered? If there are answers known - I will endeavor to see them provided. Currently I seem to have more free time available to concentrate on Dreams than some others as my own resources were not dispatched researching this upcoming market's affairs.


Regarding questions about the ritual...​
While I know that you (Binar) understand the intricacies of Formal Magic and are most likely advocating that at minimum it is explained better particularly for those that may not be... Rarely is formal magic ever a group discussion and almost never a group decision. Formalists are trusted in this regard particularly: Eve, Rusty, Lydia, Ractor who have trust hand over fist in their knowledge and ability as Formalists. Lydia & Ractor have been frequently called upon to perform "that's not how any of this works" rituals in the past and the four of them have been pretty consistently consulted as the leading experts on such things.

This ritual situation is different from most in a sense that this ritual is completely optional. It is not an End of Society or World Destroying concept as we know it and we have other options to not perform the ritual. Those options are not desired as it means we need to fight through an undead Army all given commands to kill the living. Assuming our success, a Kingdom of undead who now don't follow anyone's orders much the same during Viktor's reminder that even Ancient Elves need nap time as seen in 320. It was researched to restore life to as much of the Ternian Empire as could be managed, and equally remove undead resources from Viktor's command. Which as pointed our by Dramthin, a notable goal. Not to mention help our fellows save their strength to face the Greater Undead who will most likely, not be affected and our attempt to face off against the strongest necromancer we have had the distinct and honorable pleasure of annoying.

While I recognize "the way its been in the past" doesn't make that method always correct, or the best. However, never has it been done that ritual casting is a group decision. The bulk of everything needed has already been done. Not many things remain as I understand it, just enough to have loose ends and not raise alarm - but still be manageable to do with dedicated effort in a days time. Those tasks I expect to be fairly direct. The Formalists need 'x', here is everything we know about how to obtain it - don't get caught, dont get enslaved, dont get transformed. Volunteers will be asked to defend the Circles because it is expected that once Viktor learns what is being attempted, it is unlikely they will underestimate us... It is expected that those circles will be assaulted by likely powerful undead who have but a single goal; backlash the ritual.


Anything and everything else can,could,would,will be shared as available. To my knowledge, it's not being shared because it's not yet available. As soon as that changes, which should be in the next few days; I suspect little doubts plans can and will be made.

From what I have seen thus far that I feel I can touch at least partially on an answer...
If I missed specific questions, my apologies it is oversight, not an offense.

I am going to make this as succinct as I can. The following is the information that we were able to gather in regards to dealing with Viktor Hook.

Long and short of it, we were assaulted by a Undead in robes that rifted in a lot of undead of variating ranks. Thankfully the Woads arrived and were able to help us push back the tides.

Here is the extra knowledge we have gathered.


On top of this, the Woads themselves offered up their own bark and Im assuming their essence in the creation of the Rod of Purification. The following is what Guildmaster Kruger stated to us:

“My friends, the Rod of Purification has been completed. I will complete the rod in a moment and I will need significant rest after. Thus, listen well. The rod will be spread across the land into five distinct pieces. Gather those pieces and assemble them. My lores and visions have foretold where it will be found. I have left jobs on your job board. Use it to purify the corrupted waystone, and use it to purify the Domain of the Defile that surrounds the tower and protects the circles. Use it to purify the trio of artifacts that the menacing butler carries when you battle him. The rod may be used three times, once for each treant, once for my magic, and once for the magic that is Viktor Hooks legacy of what he could have been. Five times in total.. Now, repeat after me the activation phrase that makes it work. It must be sung by 5 in unity. The magic will last for at most a minute after being activated.” "Purification, Purify me, Purify me, Purify me, Purity”

The rod is an artifact that can be used once a year in theory 5 times, but when it is at rest it will rest in five locales of power. The rod is currently located in the plane of cataclysm, a pit of sulfur on the Isle of Ca la Dorn, a pit of tar near Old Hearth, Lord Koshinaris personal bath house, and a pit of massicating beatles on the Isle of Ca la Dorn. Guildmaster Kruger also has placed jobs to thin the undead on various sorties, to purify the waystone which may be certain death for those who go unless luck is on their side, and lastly a mission to destroy the Domain of the Defiled with the rod. All of this in preparation for the final stroke against Hook. Expect a lot of missions to be listed on the job board this market faire.

I hope this provides us with a clearer picture of what is to come in the next few days.

I've updated our Vision Board... I mean Strategy Board with these details to help consolidate and organize details.

Thank you for for your collaboration filling in the details of our rough-sketch plan for this coming Market. Please feel free to continue contributing info, leads, and ideas until tomorrow morning.

I will transcribe these notes into my Journal, and keep a copy with me and at the Job Board to help us share information efficiently and accurately, especially with newer adventuring souls who often get lost in the shuffle.

Owner
Marshal
Wisconsin Staff
For the edification of those planning the battle, my army will be on the field to fight against Viktor Hook.

Sswanson said:
For the edification of those planning the battle, my army will be on the field to fight against Viktor Hook.

Will Duke Bracken be granting us aid? If so having the Leaf Crowne's and Whistel Tree's assistance is greatly appreciated.

Owner
Marshal
Wisconsin Staff
No my army is separate from his. If no one has, I can reach out and request the aid.